Vedantu has raised $100 million, as part of its Series D round, which has doubled its valuation to $600 million, making it the second-most valued edtech startup in India, after Byju’s.

Vedantu’s fund-raise was led by New York-based hedge fund Coatue, that has backed Uber, Spotify, Bytedance globally, and has invested in Swiggy and Rebel Foods in India. Existing investors such as Tiger Global and GGV Capital also participated in the round. Rahul Kishore, managing director of Coatue will join Vedantu’s board.

Edtech platforms have benefited from the extended lockdown in the country, when the covid-19 crisis forced educational institutions to suspend classroom teaching. Edtech startups stepped in to fill the gap with online classes to further student engagement. 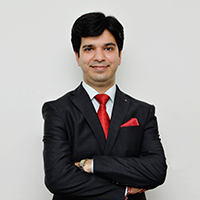