New payments formula for creditors in the works 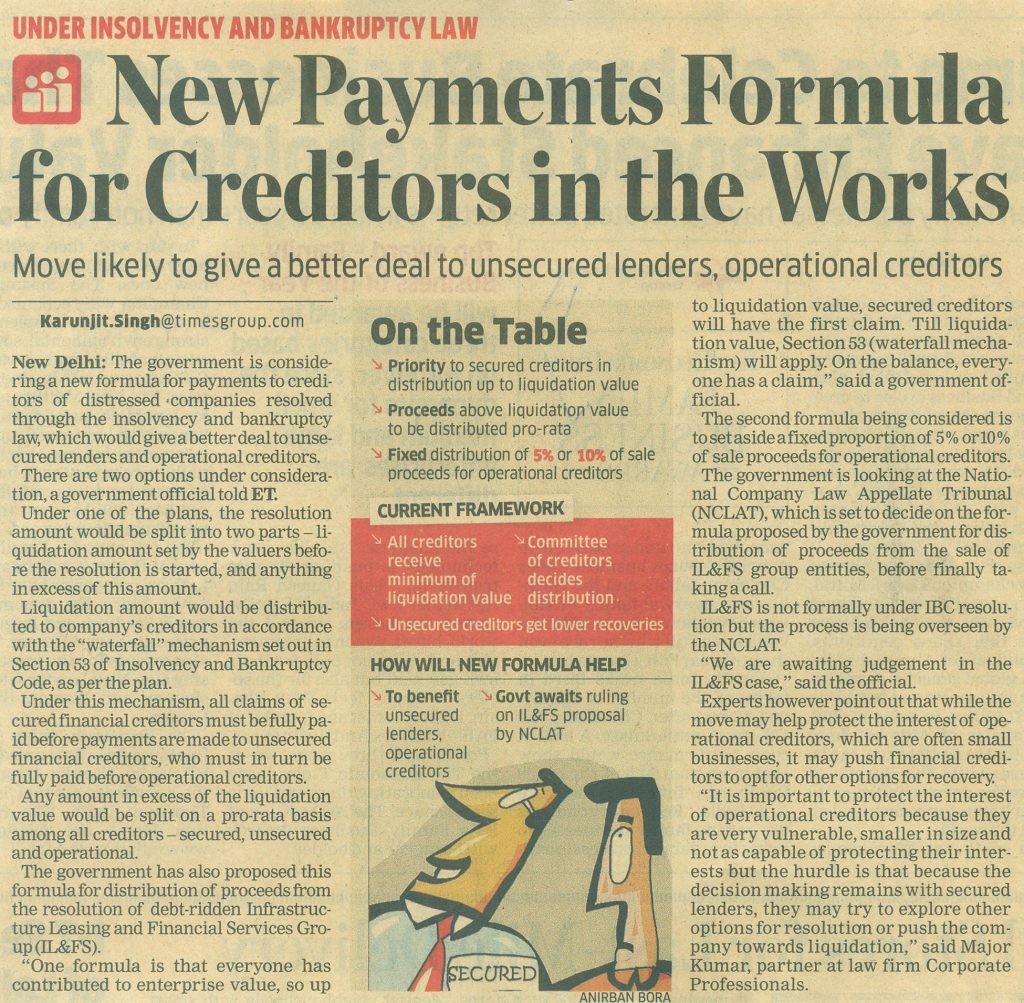 The government is considering a new formula for payments to creditors of distressed companies resolved through the insolvency and bankruptcy law, which would give a better deal to unsecured lenders and operational creditors.

There are two options under consideration, a government official told ET.

Liquidation amount would be distributed to company’s creditors in accordance with the “waterfall” mechanism set out in Section 53 of Insolvency and Bankruptcy Code, as per the plan.

Any amount in excess of the liquidation value would be split on a pro-rata basis among all creditors – secured, unsecured and operational.

The government has also proposed this formula for distribution of proceeds from the resolution of debt-ridden Infrastructure Leasing and Financial Services Group (IL&FS).

The second formula being considered is to set aside a fixed proportion of 5% or 10% of sale proceeds for operational creditors.

The government is looking at the National Company Law Appellate Tribunal (NCLAT), which is set to decide on the formula proposed by the government for distribution of proceeds from the sale of IL&FS group entities, before finally taking a call.

IL&FS is not formally under IBC resolution but the process is being overseen by the NCLAT.

“We are awaiting judgement in the IL&FS case,” said the official.

Experts however point out that while the move may help protect the interest of operational creditors, which are often small businesses, it may push financial creditors to opt for other options for recovery.

“It is important to protect the interest of operational creditors because they are very vulnerable, smaller in size and not as capable of protecting their interests but the hurdle is that because the decision making remains with secured lenders, they may try to explore other options for resolution or push the company towards liquidation,” said Major Kumar, partner at law firm Corporate Professionals.