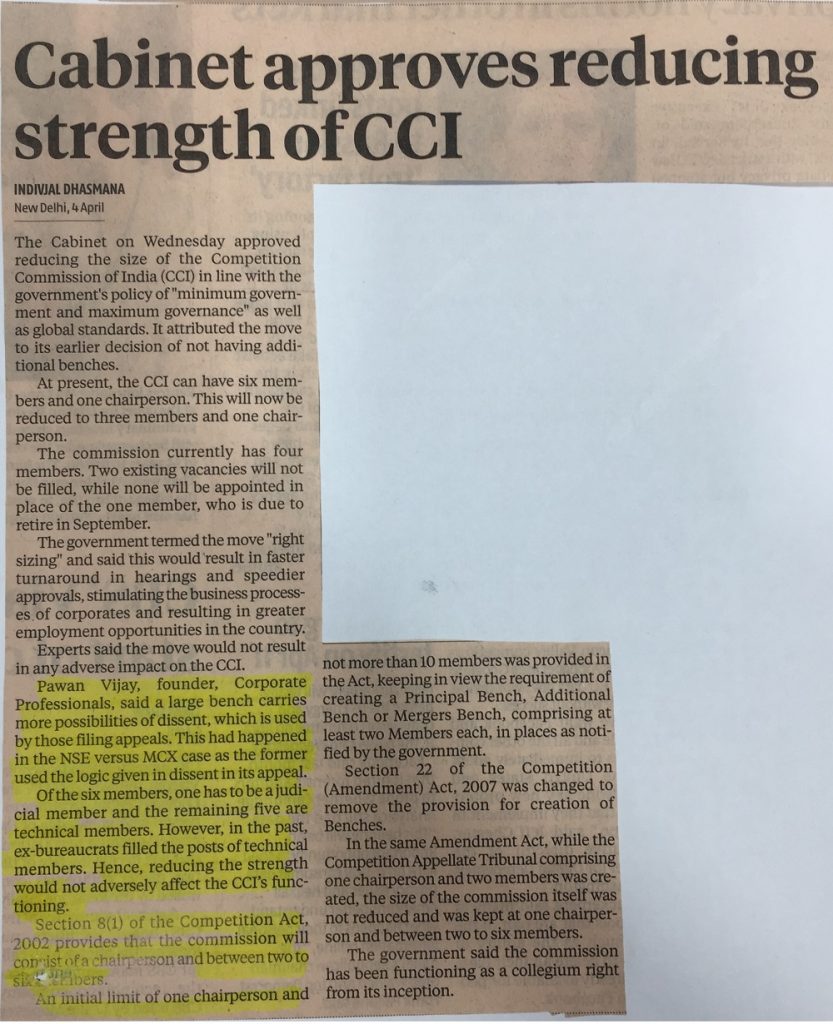 The Cabinet on Wednesday approved reducing the size of the Competition Commission of India (CCI) in line with the government’s policy of “minimum government and maximum governance” as well as global standards. It attributed the move to its earlier decision of not having additional benches.

The commission currently has four members. Two existing vacancies will not be filled, while none will be appointed in place of the one member, who is due to retire in September.

The government termed the move “right sizing” and said this would result in faster turnaround in hearings and speedier approvals, stimulating the business processes of corporates and resulting in greater employment opportunities in the country.

Experts said the move would not result in any adverse impact on the CCI.

Pawan Vijay, founder, Corporate Professionals, said a large bench carries more possibilities of dissent, which is used by those filing appeals. This had happened in the NSE versus MCX case as the former used the logic given in dissent in its appeal.

Of the six members, one has to be a judicial member and the remaining five are technical members. However, in the past, ex-bureaucrats filled the posts of technical members. Hence, reducing the strength would not adversely affect the CCI’s functioning.

Section 8(1) of the Competition Act, 2002 provides that the commission will consist of a chairperson and between two to six members.

An initial limit of one chairperson and not more than 10 members was provided in the Act, keeping in view the requirement of creating a Principal Bench, Additional Bench or Mergers Bench, comprising at least two Members each, in places as notified by the government.

Section 22 of the Competition (Amendment) Act, 2007 was changed to remove the provision for creation of Benches.

The government said the commission has been functioning as a collegium right from its inception.

In major jurisdictions, including Japan, the US and the UK, competition authorities are of a similar size, it said.