Performance of Contracts in Covid Era – Predicament and Protection!

One may argue that Pandemic has not affected businesses alike, and there can be reasonable differences between risk exposure of businesses. But, the modern businesses are so closely inter-locked (on backward, forward and all other sides), that risk (or at least its trepidation) has become systemic and structural phenomenon across industry.

With the slowdown of commercial operations of businesses (be it, manufacturing, trading or service), drying resources, in form of capital and/or man-power, all over the Country and looming uncertainty on arrival of normality, a major concern has risen on the performance of contracts entered among the businesses.

It is not merely a shot in the dark, but the ominous pandemic has, in point of fact, made (and haplessly! ‘would make’) many business default (temporarily or even absolutely) in performing contracts. There has already been a marked trend of increase in contractual disputes and it is almost certain that plenty more would arise in the near future.

While the defaults or delays might be ascribed to a broad-set of common problems arising before businesses, on account of Pandemic, but the facts and circumstances would be different case to case and have their own complexities. Amid this time of tumult; along-side the efforts of re-negotiation on contracts and amiable settlement, businesses may also evaluate the following time-honored triad of doctrines for respite —

This piece attempts to decrypt (if not explicate) the triad of doctrines and their applicability.

Doctrine of Essence of Time

‘Time is the essence’ is a term in contract law which indicates that the parties to the agreement must perform it by the time to which they have agreed.

Section 55 of the Indian Contract Act (‘ICA’) provides that when a party to a contract promises to do certain acts on a stipulated time but fails to do so, then the contract becomes voidable on the option of the other party, if the intention of the parties was that ‘Time should be of Essence’. The intention can be ascertained from—

It is settled law that the fixation of the period within which the contract has to be performed does not per se make the stipulation as to time, the essence of the contract, as held by Supreme Court in case of Govind Prasad Chaturvedi v. Hari Dutt Shastri.1 In fact in certain contracts, for instance, contract relating to sale/purchase of immovable property, the general presumption (and not an absolute proposition) is that time is not of essence.

In nutshell, whether time is of essence to a contract is a question of fact, and the real test is of ‘Intention of the Parties’. It depends upon facts and circumstances of each case, as has been held in the case of Swarnam Ramchandram v. Aravacode Chakungal Jayapalan.2 The salutary test of intention is one of the time-tested principles in the dominion of law of contracts, and has been followed in M/s Citadel Fine Pharmaceuticals vs M/s Ramaniyam Real Estates3.Citadel’s case ranks amongst cases recognizing exception to the presumption in immovable property contracts.

Having discussed the above-said and before adverting to the next doctrine, it would be of pertinence to deal with following question that might still arise in minds—

The answer to question is two-pronged, —

Force Majeure is not defined under ICA yet governed by it. To start with, let’s take the dictionary meaning of ‘Force Majeure’, it means an event or effect that can be neither anticipated nor controlled.

Wherever, a reference is made to the term ‘Force Majeure’, the intention is to save the performing party from the consequences of anything over which he has no control. However, as simple as its exposition, is not its application. Even Courts have remarked that the term has no consistent or definite meaning.

Now coming to how Force Majeure is governed under ICA, note that the event (Force Majeure) if relatable to a clause stipulated expressly or impliedly in the contract, is governed by provisions of Section 32 of ICA, as discussed in Part – A, hereinafter. However, if the event is outside the scope of the contract, it is dealt with under Section 56 of ICA, as discussed in Part -B, later hereinafter.

Irrespective of the governing provision, the applicability of Force Majeure and/or doctrine of frustration would not automatically exterminate the contract for all purposes, it depends on the fact and framework of each case.

Part – A: Force Majeure and Section 32 of ICA

Applicability of Force Majeure under Section 32 of ICA, w.r.t performance of contracts, would depend on contingent nature of contract, either stipulated expressly or impliedly i.e. can be gathered from the intention of contracting parties. As held by Supreme Court in the celebrated decision of Satyabrata Ghose v. Mugneeram Bangur & Co.4 if a contract provides (whether expressly or impliedly) for events or contains covenants, according to which performance would stand discharged under certain circumstances, such discharge would take place under the contract itself.

Simply put, the doctrine of frustration, under Section 32 of ICA, is applied on the ground that the parties themselves agreed to an expressed or implied term which operated to release them from the performance of the contract.

The principles laid down in seminal case of Satyabrata Ghose (Supra) has been recently applied with full force by the Supreme court in the matter of National Agricultural Cooperative Marketing Federation of India Vs. Alimenta S.A. 5

Part – B: Force Majeure and Section 56 of ICA

If the Force Majeure event is not attracted to the facts of a case i.e. if it is not covered by Section 32 (which might very well be the situation in a fairly large number of cases), it is dealt with by a rule of positive law under Section 56 of ICA on the ground of subsequent impossibility.

In simple words, Section 56 comes into play, when the whole purpose or basis of a contract is frustrated by the intrusion or occurrence of an unexpected event or change of circumstances which was beyond what was contemplated by the parties at the time when they entered into the agreement.

The application of Section 56 of ICA, would not depend on the intention of parties, but rather on a host of grounds which make the performance impossible. The ‘impossibility’, being talked under provision is not only confined to physical impossibilities. Instead, the doctrine of frustration comes into play —

Keeping the above-said two situations in mind, it would be instructive to take note of a few grounds for application of doctrine of frustration—

For example, In the celebrated case of Taylor Vs. Caldwell6 the defendants had agreed to let the plaintiffs the use of their music hall between certain dates for the purpose of holding a concert there. But before the first day on which a concert was to be given the hall was destroyed by fire without fault of either party.

It was held that the contract was not absolute as its performance depended upon the continued existence of hall. Because the hall was destroyed without fault of the defendants, the subject matter was destroyed, and parties were not made liable.

In Indian paradigm also, the judgement in V.L. Narasu Vs. P.S. Iyer7 recognized the ground of destruction of subject matter.

In case of Tarapore & Co. Vs Cochin Shipyard Limited8 Supreme Court observed that law has to adapt itself to the economic changes. Whereas marginal price rise may be ignored, but if prices escalate out of all proportion that it can’t be said that parties reasonably expected it or even contemplated it and it makes the performance so crushing to a party as to border virtually on impossibility, the law would have to offer relief to the party in terms of price revision.

In 2017, in the case of Energy Watchdog v. Central Electricity Regulatory Commission9, the Supreme Court refused to apply the doctrine of frustration on the facts before it, in which unusual change of circumstances was pleaded, by noting that—

“mere incidence of expense or delay or onerousness is not sufficient; and that here has to be as it were a break in identity between the contract as provided for and contemplated and its performance in the new circumstances”.

In Energy Watchdog’s case (Supra) the Court emphasized that in situation where unusual change of circumstances is an argument advanced by parties, the test of “radically different” would be important.

In Man Singh Vs. Khazan Singh,12 performance under a contract for the sale of trees of a forest was discharged when the State of Rajasthan outlawed the cutting of trees in the area.

However, note that an intervention of temporary nature which does not displace the fundamental basis of contract will not result into frustration. A good example of this could be found in the formative case of Satyabrata Ghose (Supra), where war condition was known to the parties while entering into the contract such that they were aware of the possible difficulty in the performance of the contract, in such circumstances, it was held by Supreme Court that the orders of the State in requisitioning the land were of temporary nature and did not affect the root of the contract, especially when no stipulation as to time was provided in the agreement such that the work was to be completed within a reasonable time.  The Court observed as follows—

“A contract is not frustrated merely because the circumstances in which it was made are altered. The Courts have no general power to absolve a party from the performance of its part of the contract merely because its performance has become onerous on account of an unforeseen turn of events.”

In a nutshell, the effect of an administrative intervention has to be viewed in the light of the terms of the contract and a host of other factors surrounding it. But, where such intervention makes the performance unlawful the courts will have no choice but to put an end to the contract, See Supreme Court’s judgment in Boothalinga Agencies Vs. VTC Poriaswami Nadar.13

Recapitulating the foregoing, it can be safely said that the ‘impossibility’ of performance has to be severe and permanent. Mere commercial inability would not qualify as legal frustration.

Now, we shall take look at occurrences of different contractual disputes during the COVID Era vis-a-vis applicability of doctrine of frustration and Force majeure.

“While there can be no cavil, to the proposition that the requirement of payment of school fees would, necessarily, become enforceable only where the fees are payable, i.e., where the parents are physically in a position to pay the school fees, we cannot agree that, during the period of lockdown, or during the period when online education is being provided by the schools, and availed of, by students, tuition fees should be exempted. So long as schools are disseminating education online, they are certainly entitled to charge tuition fees.”

“The lockdown declared in the Nation would be for a limited period and the lockdown cannot come to the rescue of the Petitioners so as to relieve them from contractual obligations of making payments.”

The COVID-19 pandemic and the consequential steps undertaken by governments worldwide, such as the lockdowns and movement restrictions, have already had a significant economic impact.

In such a scenario, it is expected (reasonably), that parties across the globe would seek to perpetuate i.e. extend, (or) discharge the contractual obligations, they would have otherwise performed, inter-alia, by pleading the doctrine of essence of time; doctrine of frustration; doctrine of Force Majeure. Summing up, it is however, important to note that— 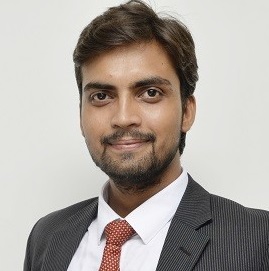