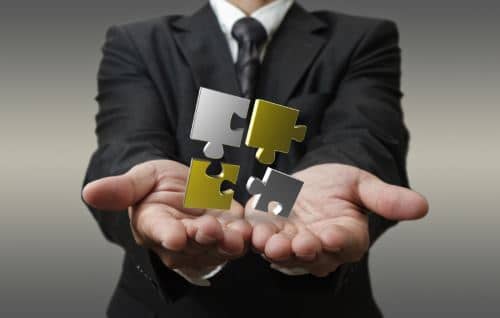 As we are all aware of the situation arising out of the pandemic due to the spread of Corona virus infection. The actual danger is the spread of the infection in the masses and especially the lower strata of the society, which will be virtually be impossible to manage. It is not only the lack of medical facility related to epidemics but the lack of resources to face the consequences of a worst situation, if the infection spreads further. The entire business has collapsed due to the lock down and revenue will nosedive. Other that medical related products, all exports will be badly effected due to situation abroad. Locally the sectors effected directly will be restaurants and hotels or tourism in general more so due to fear psychosis and also because of the cash crunch due to the crash in business in general. It is estimated that there would be no business for the next five to six months after which the trickling business would be insufficient to sustain profitability.

II. Response of the Government

The response of the Government of India and the State Govt is highly appreciable in ordering a lock down and curfew. In compliance of the directions dated 22/2/2020 regarding Lock Down and the order of the District Magistrates regarding curfew, all establishments were closed down except those related to essential services etc.. The provisions of Section 10(2) of the Disaster Management Act, 2005 have also been cited for issuance of advisory in some of the communication by the Disaster Management Authority under the said law.

However, categorical orders were issued by the Central and State Governments in reference of the advisory of the Ministry of Home and the Disaster Management Authorities, to direct all business establishments to extend their coordination by not terminating their employees, particularly casual or contractual workers from job and pay full wages. The termination of employees from the job or reduction in wages in this scenario would further deepen the crisis and will not only weaken the financial condition of the employee by also hamper their morale to combat their fight with this epidemic.

III. Response of the various industry and all commercial establishments:

The owners of various establishments promptly shut down their business and only emergency maintenance including hygiene services is being ensured. The directions of the Govt has been followed by all in letter and spirit. The direction that the wages of the workers may not be deducted for the ongoing period of lock down and their services may not be terminated has been followed also on humanitarian grounds. However, it is necessary to consider the financial
viability of such humanitarian measures over a stretch of months, especially if the situation does not improve.

Considering the general estimates that there would be no business for the next five to six months after which the trickling business would be insufficient to sustain profitability or even survival. It is in fact felt that there would be a collapse of business of those who must pay back loans and other liabilities. Therefore, there is very limited choice of decisions. The legal position in respect of maintain human resources has be sought to be examined.

IV. Legal implications arising out of directions of the government to shut down operations in the restaurants and hotels as also the options to handle the consequences of bad market / business in the coming six months.

The legal position and various options under the relevant law i.e Industrial Disputes Act, 1947 is as follows –

However, it is humanitarian and in the interest of relations with the workers and legal obligation to comply with the order of the Government, to ensure that the workers do not loose wages at least till 31st March 2020. Therefore, it looks to be appropriate to pay the full wages to the workers for the month of March 2020 in the form of compensation, arguably to mitigate the consequences. A notice to this effect is required to be put up prominently in the establishment and/ or served upon the workers, explaining the status due to shutting down of operations in the coming month.

a) The provisions of Section 39 of the Disaster Management Act, 2005 clearly states that the resources and allocation of funds for managing the epidemic and mitigating the effect on the people has to be provided by the State Government. Therefore, the advisory of the Government for not deducting the wages of the workers and not to terminate their services is a humanitarian measure that has to be complied with in the interest of the society and the country at large. It is further clarified that the advisory does not create any permanent liability or property right when the payment of full wages is made to the worker on humanitarian grounds as it would be contrary to the duties and responsibilities of the Government reposed under the Disaster Management Act, 2005 and contradictory rights of the employer under the Constitution of India. The law that governs such matters is the Industrial Disputes Act, 1947. That is the reason why the Government has announced measures to provide compensation to a large section of the unorganized sector directly and to the organized sector under the provisions of the law on provident fund

b) The reference to Section 10(2) of the Disaster Management Act, 2005 being made in the communications of the Government actually refers to the powers of the Advisory Committee under the Disaster Management Act, 2005 to issue such advisories which are binding on the State Government for taking necessary action under the law. The reference to the provisions of Section 72 about overriding effect of the law notwithstanding anything inconsistent therewith contained in any other law for the time being in force or in any instrument having effect by virtue of any law other than this Act. It is to be understood in the seriousness of the situation that every establishment must comply with the advisory of the Government and ensure that there is no impediment in the efforts of the Government.

c) There are exhaustive provisions for the rights and responsibilities of the employer and the workers under the Industrial Disputes Act, 1947 to handle such situations arising out of natural calamities. The provisions of clarify that –

Now considering the fact that the owners of establishments comprehend that there may be no business at all before June 2020 or a few months more and they will be unable to maintain the establishment without sufficient business, hence will be inoperable; Therefore the law and the given situation, the following options are to be considered –

a) Each establishment must address the workers in a formal notice the current situation and action contemplated. After payment of full wages till 31st March 2020, the deemed Lay-off will continue; and that the workers paid “layoff compensation” as per law for the month of April,2020 and May, 2020 till a period of 45 days. (copy attached)

b) Each management must assess the effect of the damage for the next six months and the availability of funds to sustain the business in dormant mode or active mode.

c) If it is felt that there could be a revival and the workers should be continued for various reasons, then they can be approached for a mutual settlement to continue on the rolls without compensation / wages even after 45 days of Lay off as per law when the shut-down is continued till further notice.

d) Otherwise as per Section 25 C, the management will be within their right to retrench the workers after a period of 45 days of Lay-off, in accordance with the provisions of Section 25 F. To arrive at such a decision it is necessary to assess that if the business cannot be sustained and the workers cannot be retained, then the full and final dues of the workers must be paid before / at the time of retrenchment; for which, sufficient finances to pay off the workers as per law should be made ready for the purpose.

e) In each case a proper notice must be given to the workers to inform them of the status and decision of the management.

f) It is necessary to note that the Section 25C is part of Chapter VA which is not applicable where Chapter VB is applicable, i.e., factories covered under Chapter VB (not commercial establishments registered under respective State Shops and Commercial Establishments Act) would require the permission of the Appropriate Government to retrench workers after a period of ‘lay-off due to natural calamity’ lasting beyond 45 days.

Disclaimer: The views given in the note above are the personal views of the author and not meant for any specific industry or individual. This note does not substitute that professional advice that may be required before acting in a matter. Further, this note may not be used for publication or before any forum/ authority without the consent of the author. The author shall not be responsible or liable in any manner for any consequences whatsoever if a contrary view is taken by any statutory authority or court of law. 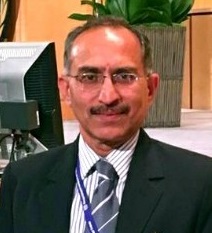