Impact of the Companies Act, 2013 on the Foreign Companies having a place of business in India

The much awaited Companies Act, 2013 (“New Act”) has finally been notified to replace most of the provisions of the Companies Act, 1956 (“Old Act”). The economic scenario globally has undergone major transformation and structural changes and promulgation of the New Act is a step towards globalization and is a successful attempt to meet the changing environment and liberalization. The New Act is progressive and futuristic as it duly envisages the technological and legal developments. The New Act aims to:

With these objectives the New Act seeks to bring various changes for the businesses, promoters, stakeholders, creditors, directors, the law enforcers and the society at large. Different sections of the corporate world will be affected in their own way with the New Act. This Note highlights the impact of the New Act on foreign companies having a place of business in India.

The New Act has drastically expanded the definition of Foreign Companies to include those foreign companies as well that are doing business in India through electronic mode. As discussed earlier, Rule 2 (c) defines ‘electronic mode’, which definition is wide enough to cover virtually every transaction carried through electronic mode including through e-mail, mobile devices, social media, cloud computing, document management, voice or data transmission or otherwise

Foreign Investment in Joint Ventures can be up to 100% depending on the requirements of the investor and subject to equity caps in respect of the area of activities under the Foreign Direct Investment (FDI) policy.

Such joint venture may in the form of Private Company or a Public Company.

However, in case of forming a joint venture in India as per the Old Act, if the status of the foreign equity partner which if incorporated in India would be a Public Company and it is holding less than 100% of paid up capital of the new joint venture company, such company shall be deemed as a Public Company even it is registered as a Private Company in India.

Modification as Compared to Old Act: Under the New Act no such restriction has been provided which means whatever be the status of the foreign equity partner if it is being incorporated in India, the new incorporated Joint Venture Company may maintain its status as Private or Public Company depending on the form of registration in India.

Secondly, foreign companies can set up wholly-owned subsidiary in sectors where 100% foreign direct investment is permitted under the FDI policy.

In both the case, as a joint venture entity or as a wholly owned subsidiary, the incorporated company would be registered as an Indian company and have to comply with all the provisions of the Indian company law. As per the definition provided under the law these companies are not called as Foreign Company.

Modification as Compared to the Old Act: The ambit of Foreign Companies has been proposed to extend in order to cover all companies or body corporates that have a place of business in India by themselves or through an agent, operating physically in India or through electronic mode. The definition has been broadened to include every Company having business in India through any mode.

The New Act has the potential to impact a large number of Foreign Companies that may be doing business in India through electronic mode. The registration requirement of companies doing business in India through ‘electronic mode’ has been the subject matter of discussions and debates. Rule 2 (c) of the Companies (Registration of Foreign Companies) Rules, 2014 defines ‘electronic mode’ as carrying out electronically based, whether main server is installed in India or not, including but not limited to-

Impact of change in definition of Foreign Companies
The New Act has drastically expanded the definition of Foreign Companies to include those foreign companies as well that are doing business in India through electronic mode. As discussed earlier, Rule 2 (c) defines ‘electronic mode’, which definition is wide enough to cover virtually every transaction carried through electronic mode including through e-mail, mobile devices, social media, cloud computing, document management, voice or data transmission or otherwise. Such a wide coverage on transactions done through electronic modes is, therefore, likely to have a great impact on various foreign companies involved in transactions such as consultancy services, financial services, e-commerce etc. with their customers in India that would be required to establish a permanent place of work in India through registration, in order to continue to operate in the country.

Currently, there are a number of foreign based websites that operate directly or indirectly in India and may be said to have a place of business in India through electronic mode such as Amazon.com, Rakuten.com etc., where customers located in India can purchase products and get the shipment in India. Moreover, ebooks, softwares, or subscription to e-magazines, dailies or subscription of other members only websites could be purchased online at many websites that need no physical shipment to India. The New Act specifically provides that in order to ascertain the place of business in India through electronic mode, the main server is not required to be installed in India. Further, by some stretch of imagination, one could also foresee transactions conducted through debit and credit cards of foreign banks may also be subjected
1Lakh = 100,000
to the applicability of the provisions of the New Act as the financial settlements carried out electronically have been included under the ambit of electronic mode.

It is interesting to note that the New Act does not seek to restrict its coverage on such above- mentioned transactions either in terms of monetary limits or number of transactions per year/ month. The bare perusal of the provisions of the New Act (esp. section 380 and section 2 (42) along with prescribed Rules) suggests that even a single transaction conducted in India by a foreign company would be sufficient to infer that such foreign company has established a place of business in India. Such an interpretation would lead to undesirable consequences as any foreign company e.g. a consultancy company based outside India would require registration in India even if it undertakes only one single transaction in a whole year. Imagine a situation where a customer in India buys an application or software worth $1 on a foreign based marketplace websites like google playstore that may not be registered in India. The marketplace websites could have sellers that are also not registered in India as per the requirement of section 380. In such a case, it would be absurd to expect that for the sale of a $1 product/service both the seller company as well as the marketplace owner company be required to get registered under the New Act. However, as absurd as it may appear, the bare interpretation of the New Act leads to this conclusion.

Every Foreign company is required to submit these documents to the Registrar for registration, within 30 days of the establishment of its place of business in India:

Rule No. 3(3) the Companies (Registration Offices and Fees) Rules, 2014 requires application to be supported with an attested copy of approval from the Reserve Bank of India under Foreign Exchange Management Act and the rules and regulations thereunder or a declaration from the authorised representative of such Foreign Company that no such approval is required.

In case of any alteration in the aforesaid documents the Foreign Company is require to submit a return containing the particulars of alteration as per the prescribed format with the Registrar of Companies, within 30 days of any such alteration.

Accounts of Foreign Companies:
The Foreign Companies in each calendar year are required to prepare a balance sheet and profit & loss account as per the prescribed format and shall also annex the documents as prescribed under Rule No. 4 along with the balance sheet and profit & loss account. All these documents shall be filed with Registrar of Companies along with a copy of list of all the places where business has been established in India as on the date of the balance Sheet.

Display of Name of Foreign Companies:
Every Foreign Company is required to exhibit outside its every office or place of business in India, and in all business letters, bill heads and letter paper, and in all notices, and other official publications, the name of the company and the country where it is incorporated. The name shall be in legible letters of English language and also in the local language of the state where such office is situated.

Besides the name and the country of Incorporation the company is also required to mention the fact that the liability of the company is limited if it is so.

Service on Foreign Company:
Any process, notice, or other document required to be served on a foreign company shall be addressed to the person whose name and address have been delivered to the Registrar and sent by post or by electronic mode. The documents on Foreign Company as per the New Act may now also be served by Electronic Mode.

Besides this every officer of the company who is in default shall be punishable with imprisonment of maximum 6 months or fine which shall not be less than Rs. 25,000 but which may extend to Rs. 1 lakh or with both.

Moreover, at this point, it is not clear as to how the New Act would be able to track, take cognizance of and enforce penalty against the violation of section 380 by Foreign Companies. It would be interesting to see how the law will be enforced in case a Foreign Company having a place of business in India through electronic mode refuses to register as per the provisions of the New Act and also refuses to pay the fine. Will the Registrar of Companies apply for a court decree against the Foreign Company in India and hope for successful execution of such decree in the country of incorporation of such Foreign Company? Or the Indian Government is ready for more radical approach of blocking such online sellers and service providers from providing services in India? There seem to be many enforcement challenges for the regulator under the New Act. Time to amend the Rules, already? 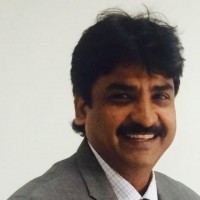