The Finance Act 2017 has now modified and also expanded the Valuation norms for Shares of Unlisted Companies to curb adverse practices resulting in the avoidance of income tax (capital gains tax / gift tax) on transfer of shares.

Prior to this amendment, the Income Tax Law taxed receipt of unquoted Shares at lower than its FMV in hands of individuals, HUF, Partnership firms, LLP and closely-held companies. However w.e.f. 1st April 2017, the gift tax provisions have widened its scope by covering all assessees which are in receipt of such shares without consideration or for an inadequate consideration. Section 56 (2) (x) of the Income Tax Law covers such provisions.

The erstwhile Income Tax provisions considered only the actual sale price for computing capital gains tax upon transfer of unquoted shares. However w.e.f. 1st April 2017, the FMV of unquoted shares shall be deemed to be the minimum consideration in lieu of the consideration actually received or accruing as a result of the transfer. Section 50 CA of the Income Tax Law covers such provisions.

The Rules seek to determine the FMV of unquoted equity shares of the company by adopting the independent fair valuation of all its Assets including immovable property*, shares & securities^, jewelry and artistic work#, held by such company while all other assets and liabilities of such company would continue to be valued at book value as per existing rules.

*It is clarified that in case of Immovable property, the stamp duty value assessed or assessable shall be taken as its FMV.

^All Investments of the Company in unquoted shares shall be valued based on this same methodology. In case of Quoted shares, the quoted market price shall be considered

#In case of Jewelry and artistic work, valuation shall be done by Registered Valuer under Wealth Tax Act

Like – It is a settled valuation principle that any impact of Taxes on the appreciation of assets should be adjusted and the Assets should be valued on a post-tax basis.

The valuation of all assets at their Fair Market Value results in a control valuation and even though no liquidation of any assets is planned and ignoring the use of such assets including stock-in-trade (business/surplus use), this fair value has been prescribed to be the base value of shares. No adjustment for discount for lack of marketability or control is provided for in the final rules as it is formulae based.

In today’s era, when we have implemented Ind-AS and are following complex valuation methodologies to address the art side of valuation, resorting to this straight jacket formulae and making it as minimum price in case of transfer of shares is inconsistent in itself, but with the rules getting implemented, we will have to live it.

Additionally, applicability of these formulae based Rules to foreign companies shall make it cumbersome as the RBI Law states use of any internationally acceptable valuation methodology.

Further, since the Rules are made retrospective from 1st April 2017, it will impact all transactions which have been done between 1st April 2017 till the date of issue of these Final Rules and all such transactions need to be revisited. 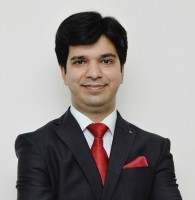