Share on
1. What do you mean by the term “Force Majeure”?

The term “Force Majeure” is derived from French language, meaning “a superior force”. It can be defined as an “event or effect that can be neither anticipated nor controlled; esp. an unexpected event that prevents someone from doing or completing something that he or she had agreed or officially planned to do”. 1

2. What is a Force Majeure Clause?

Quite often a lot of contracts contain “Force Majeure” Clauses wherein these clauses aim to determine and provide for the consequences which may take shape as a result of default or delay in performance of obligations by the Parties arising on account of occurrence of such events circumstances which are beyond the control of the Parties to the Contracts.

These Clauses are generally incorporated in the Contract with the objective of mitigating the impact of delay and defaults in performance and non-performance of the contracts.

In order to seek recourse of a Force Majeure Clause, one will have to establish that such a delay/default in performance was firstly, beyond the control of the party invoking the clause and secondly, that the event was not reasonably foreseeable.

3. Which events are construed as “Force Majeure”?

The Supreme Court of India in the case of Dhanaramji Gobindram v. Shamji Kalidas & Co.2, has upheld the ruling in McCardie J. in Lebeaupin v. Crispin3 that the expression of force majeure is not merely a translation of the Latin expression Vis Major (i.e. Act of God). The judges laid down that strikes, breakdown of machinery which are not normally covered in Vis Major are included in Force Majeure.

4. Is COVID-19 covered within the ambit of Force Majeure Clauses?

Whether or not COVID-19 will be construed as a “Force Majeure” event will vary from contract to contract and will entirely depend on how the Force Majeure clause has been drafted in the Contract and its language.

There can be two possible scenarios-

In fact for government contracts, Ministry of Finance, has issued a Notification dated 19.02.2020 wherein it stated that COVID-19 will be a force majeure event and considered a case of “natural calamity” per its “Manual for Procurement of Goods”. and has even declared that a Force Majeure Clause maybe invoked wherever considered appropriate.

5. What is the relevance of enshrining Force Majeure Clauses in Contracts?

If a Contract contains a Force Majeure Clause then the same shall cover the consequences or the future course of action in case a Force Majeure event occurs and there is a delay/default if performance of obligations. These can include the following:

6. Which party benefits from invocation of Force Majeure Clause?

The Party which is unable or restricted to perform its obligations due to the occurrence of a Force Majeure event. However, it is upon the party seeking to claim force majeure to prove that it applies. i.e. burden is not upon the other party to have to dis-prove it.

7. What are the key elements for invoking a Force Majeure Clause?

In order to invoke a Force Majeure Clause, the following are essential:

In Esjay International (P) Ltd. v. Union of India4 , the Court stated that the  force majeure condition is something which is unforeseen, unexpected and which happens suddenly and over which a person has no control. Thus, where reference to force majeure is made, the intention is to save the performing party from the consequences of anything over which he has no control.

8. Can a force majeure clause be implied under the contract?

A force majeure clause cannot be implied under Indian law. It must be expressly provided for under the contract and protection afforded will depend on the language of the clause. In the event of a dispute as to the scope of the clause, the courts are likely to apply the usual principles of contractual interpretation.

9. Do I need to notify the other party of the occurrence of default?

Yes. This is also advisable but shall entirely depend upon the terms and conditions of the contract.

10. What would be the result of invocation of force majeure upon related contracts?

11. What are the legal recourses available in case your contract does not contain a Force Majeure Clause?

In cases where contracts/agreements do not contain “Force Majeure Clause”; the common law – ‘Doctrine of Frustration’ comes to the forefront which is also explicitly provided under Section 56 of the Indian Contract Act, 1872.

Thus any contract, the performance of which becomes impossible or unlawful subsequent to entering into contract, such contract would become void and the parties thereof would stand discharged from the liability to perform their respective obligations.

12. How to ascertain if Doctrine of Frustration will be applicable in a subject case?

The enforcement of Doctrine of frustration and its applicability can be broadly categorized as follows:

E.g. In the judgment of M/s Alopi Parshad & Sons Ltd. v. Union of India6 , the apex court stated that “unanticipated conditions such as escalation of prices which are an obstacle to execution does not get rid the contractual parties of the bargain they have made and hence mere circumstantial change cannot be exclaimed as frustration”.

In the case of Energy watchdog Vs. Central Electricity Regulatory Commission7 , the Supreme Court held that “neither was the fundamental basis of the contract dislodged nor was any frustrating event, except for a rise in the price of coal, excluded by Clause 12.4, pointed out. Alternative modes of performance were available, albeit at a higher price. This does not lead to the contract, as a whole, being frustrated.”.

In Peter Dixon & Sons Ltd. v. Henderson, Craig & Co. Ltd. 8 , the Courts of Appeal held that the expression "hinders the delivery" in a contract would only be attracted if there was not merely a question of rise in price, but a serious hindrance in performance of the contract as a whole.

13. In which situations Doctrine of Frustration or relief under Section 56 cannot be claimed?

Claims of Doctrine of Frustration or relief under Section 569 is rejected by Courts in cases where the event has resulted in “mere inconvenience or difficulty in performing the contract" or if “there exists another practical means of performance” or the impossibility is merely temporary in nature.

In the landmark judgment of Satyabrata Goshv. Mugneeram Bangur & co.10 , the Supreme Court held that Section 56 flow from positive school of law and renders the intention of the parties to the contract immaterial. It further held that “the courts have no general power to absolve a party from the performance of its part of the contract merely because its performance has become onerous on account of an unforeseen turn of events.”

In the aforesaid case, the issue is question was whether the Requisition orders for taking temporary possession of lands for war purposes had rendered the Contract to be frustrated? The Courts while observing that the requisition orders, by their very nature, of a “temporary character” laid down that “If there was a definite time limit agreed to by the parties within which the construction work was to be finished, it could be said with perfect propriety that delay for an indefinite period would make the performance of the contract impossible within the specified time and this would seriously affect the object and purpose of the venture. But when there is no time limit whatsoever in the contract, nor even an understanding between the parties on that point and when during the war the parties could naturally anticipate restrictions of various kinds which would make the carrying on of these operations more tardy and difficult than in times of peace, we do not think that the order of requisition affected the fundamental basis upon which the agreement rested or struck at the roots of the adventure”.

In a landmark judgement titled Energy watchdog Vs. Central Electricity Regulatory Commission11 , the Supreme Court opined that “the event leading to frustration which is relatable to an express or implied clause in a contract, is governed by Section 32 of the Act and if it occurs de hors the contract, it is dealt with by a rule of positive law under Section 56 of the Act”.

In this case, the Court further held that since there was a specific clause addressing force majeure in the contract in question, Section 56 of the Contract Act would not have any application.

14. Which clauses other than Force Majeure Clause can be invoked by the Parties?

Parties can seek recourse by invoking other provisions/clauses in the Agreement like price adjustment clauses, material adverse change (MAC) clauses, limitation or exclusion clauses, to limit or exclude liability for non-performance. However, yet again, whether or not these clauses can be invoked will entirely depend upon the language and wordings of the Agreement.

15. Are Payment obligations excused on account of Force Majeure?

Generally, Courts tend to adopt a strict view and do not excuse Payment obligations in the name of both Force Majeure and Frustration of Contract. Though Commercial Agreements may contain “Force Majeure” clauses which are broad enough to cover Pandemic such as “COVID-19”, however, the same may not rescue the party from fulfilling its payment obligations under the Contract.  Similarly, Commercial impossibility and unprofitability will not qualify for “Frustration of Contract”.

In the recent Order by Bombay High Court in the case of Standard Retail Pvt. Ltd. & Ors. Vs.  M/s. G. S. Global Corp & Ors., it was held that “The lockdown declared in the Nation would be for a limited period and the lockdown cannot come to the rescue of the Petitioners so as to relieve them from contractual obligations of making payments.”

16. Whether the present situation of COVID – 19 can result in attracting provisions of Section 56 or Doctrine of Frustration?

Whether or not, Section 56 of Doctrine of Frustration will be applicable can be attracted in light of COVID-19 is a question whose answer will again have to be determined on a case to case basis.

Now, a Party seeking relief under the aforesaid shall have to take into consideration Questions 12, 13 and 15 of the present FAQs. In furtherance of these questions, it can be said that:

In cases of “Temporary Impossibility” such as Payment of Rent under lease, payment of Salaries or Difficulty in accepting delivery of goods, one might not be successful in invoking Section 56 of Doctrine of Frustration.

However, in cases wherein the Impossibility is more permanent in nature such that it disrupts the very foundation of the Contract and is not merely a hardship and difficulty, one might be successful in invoking the above.

E.g.- Delivery of goods which are perishable in nature, contracts relating to events, functions which were cancelled etc.

17. How to protect yourself from the legal impactions of COVID-19?

In view of the ongoing COVID-19 crises, it is advisable that any party to a contract so affected should undertake the following in order to be adequately prepared to protect their respective businesses from the prospective disputes: 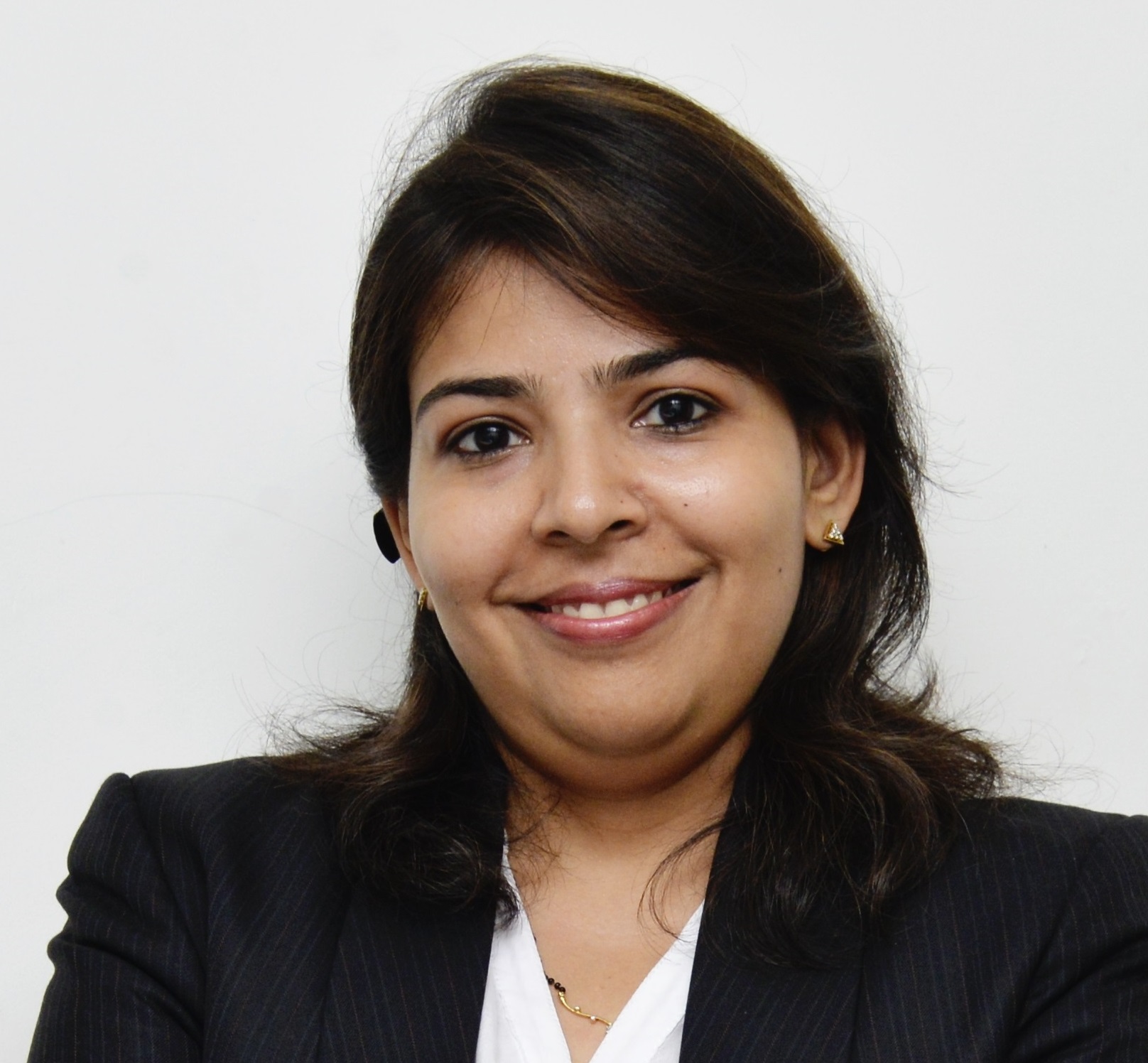