The term ESOP i.e. Employee Stock Option Plans is prevalent worldwide. The concept is no more restricted to a particular country or continent. It originated way back in 1956 in the USA. The first step was taken by the pioneer of ESOP, Mr. Louis Orth Kelso and from that time till now the 50-plus years since then, ESOPs have become a popular alternative to empower employees, a sale or merger as a tool of business succession, and there are now more employee owned companies.

ESOPs started in Singapore in 1975 when Singapore Airlines adopted it. This was followed by Straits Steamship Limited in 1977. Although ESOPs are popular among MNCs, they were not widely received by the local listed companies until the late 1980s.

There are three employee share incentive plans commonly put in place by companies in Singapore, namely:

Like in India, in Singapore also the concept of ESOP is regulated by multiple Statues out there which includes the Singapore Companies Act, Listing manual of Stock Exchanges of Singapore, taxation laws of Singapore etc.  Companies are required to obtain approval of Shareholders in a general meeting before adopting ESOPs. There is a requirement of obtaining shareholders’ approval in the general shareholder meeting before any company can adopt ESOPs. Under an ESOP, the options have a minimum vesting period of one-year and a maximum of five years to expiration.

There are certain restrictions with regard to ESOPs in Singapore for e.g.: employees who are substantial shareholders (with more than 5 percent share ownership of the company) are not allowed to participate in the plan. The number of shares that can be issued under each plan must not exceed five percent of the total issued share capital for mainboard-listed companies and must not exceed 15 percent for the smaller firms listed on the SES Dealing and Automated Quotation (SESDAQ) system. The number of shares issued to directors, chief executive officers, general managers, and officers of equivalent rank is restricted to 50 percent of the total number of available shares under the plan. The maximum entitlement of each participant is 25 percent of the total number of shares available in the ESOP.

However, all these restrictions, regulations and statutory obligation are associated with the ESOP plans that involves the equity shares of the company and not in case of cash-based incentive plans. As explained above, the name given to these kind of plans is Phantom Share/Stock Option Plans. Since there is no direct involvement or dealing in shares of the company, therefore these are not governed by the laws and rules.

We at esop online.in are into catering all ESOP related needs covering the Legal, Taxation, Regulatory & Management support, thereby building & supporting the corporates with the right amount of remuneration for their employees.

Disclaimer: The data produced in this article has been fetched from publically available information & resources. 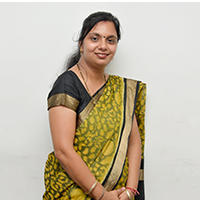