Disclosure Under Insider Trading Regulations: Obligation of Company to Disclose on Becoming Aware of a Trade

Sub-regulation (2) of Regulation 7 of SEBI (Prohibition of Insider Trading )Regulations 2015, casts an obligation on every promoter member of the promoter group, designated person and director of every company to disclose the details of trade in securities within two days of trade, if the value of the securities traded, whether in one transaction or a series of transactions over any calendar quarter, aggregates to a traded value in excess of ten lakh rupees or such other value as may be specified. On receipt of requisite intimation, the company is obligated to report the same to stock exchanges within two trading days of receipt of the disclosure or from becoming aware of such information.

The obligation of a company to inform the stock exchange with respect to trade executed may arise on two circumstances i.e. on receiving intimation from the concerned person, who has undertaken the trade or when the company become aware of such information, which shall mean the information about the trade having been executed.

While intimation to stock exchange(s) on receipt of corresponding information from the person concerned is simple and devoid of any subjective inferences but it’s the obligation emanating on account of becoming aware of such a trade,  which is subject to different interpretations among the professionals & corporates.

The question is when can a company be said to be in possession of information with respect to trade which has been carried out by a person covered in Sub-regulation (2) of Regulation 7. This becomes significantly difficult considering the fact that the execution of the trade is an information to which only the person executing that trade is privy to. So, what can be the  ways through which a company can be said to becoming aware of any such trade by the concerned person.

The only document through which a listed company generally gets information about its shareholders and any change therein is BENPOS i.e. position of beneficial holders of its shares. BENPOS contains information according to the purpose for which it is downloaded. Companies these days tend to seek weekly BENPOS for different purposes like trading by employees and designated persons, shareholding position, position of institutional shareholders etc. Further BENPOS is also downloaded at the time of undertaking any corporate action related to shares, calling of annual general meeting or extra-ordinary general meeting, sending of any notices etc. Further it is also important that downloading of  BENPOS on weekly basis is not mandatory.

Considering aforesaid, whether it can be said that  just by downloading BENPOS, a company becomes aware of various trades which have been undertaken by its designated persons and out of which the company can also ascertain the disclosure requirements under the Insider Trading; If yes, then this  would be creating a mandatory obligation on the company in respect of a disclosure requirement where the primary obligation is on the person executing the trade and render such person’s disclosure obligation under Regulation 7(2)(a) redundant and otiose.

Recently, an adjudication order of SEBI has actually dealt with the aforesaid issue as to when a company can be said to be becoming aware of trade executed by relevant person and whether downloading the BENPOS can be termed to meeting the said requirement. The facts of the case which was subject matter of the adjudication order are given below:

Based on above, SCN was disposed of in favor of the Company and the Compliance officer vide order dated April 22,2021 (“Order”) .

While the aforesaid Order, seems to have provided clarity on the significance of BENPOS vis-à-vis with respect to obligation of the company to disclose but then it also makes the obligation of a company as outlined in “from becoming aware of such information” completely redundant. While so far as BENPOS is concerned, it seems that the adjudicating officer has rightly concluded that it can’t be treated as knowledge of trade but then when the deeming responsibility of a company would trigger under Regulation 7 since there could be no other possible way a company can find about trade by a person unless he/she informs the same at its own. The intention of legislature on casting deeming obligation on the company wouldn’t be to make company just as a reminder machine. The order may also force companies which were themselves seeking trade details of designated persons on weekly basis, to ensure compliance of Insider Trading Regulations, from abandoning such practice.

While much is discussed with respect to obligation of a company and employee to report trade under the PIT Regulations but with the mechanism of system driven disclosures implemented by SEBI, designated depositories will report the trade in demat account of the employees to stock exchanges and they will do the reporting under PIT Regulations as and when disclosure is triggered, any question on obligation on reporting or even non-reporting will be a thing of past. 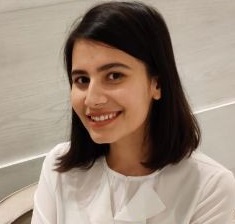